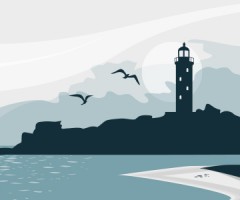 WARNING: No apportionment of rent

Court of Appeal overturns controversial High Court decision and provides clarity for landlords and tenants The Supreme Court ruled earlier this month in Marks and Spencer plc v BNP Paribas Securities Trust Company (Jersey) Limited and another that there was no implied term that the landlord must recompense a proportionate amount of rent paid in advance if the lease expired mid-quarter following the service of a tenant’s break clause. This was a reversal of the earlier High Court decision to... Read More » 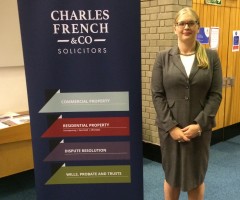 Late last month Charles French & Co, in conjunction with the Council, gave a presentation on the resale of affordable homes. Holly King from the firm’s New Build Department, based in St Austell, and Claire Gummow, based at Mevagissey were among those presenting.  The presentation was well received and dealt with various aspects of the sale and purchase of affordable properties from the various different view points, including Help to Buy SW.  The Charles French & Co team gave an... Read More » 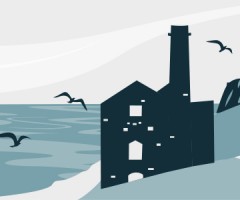 Buyers Beware – are you insuring from exchange of contracts?

If a house a purchased with the aid of a mortgage, the buyer’s conveyancer will act for both the buyer and the lender. The conveyancer will use the Council of Mortgage Lenders Handbook (the Handbook) to determine the requirements of each individual lender. The Handbook’s guidance on buildings insurance was amended on 30 November 2015. Buyers are responsible for insuring the property from exchange of contracts, and should be advised of this by their conveyancer. Once contracts are exchanged, the... Read More » 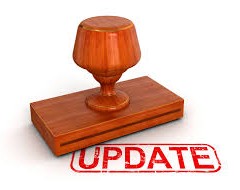 The new Consumer Rights Legislation: don’t get left on the shelf!

In what is thought to embody the most significant overhaul of consumer law for decades, the Consumer Rights Act (CRA) was brought into force on 1 October 2015. The Act, which has been warmly received by many consumer rights groups, is intended to make it easier for people to understand and make use of their rights, and clearly sets out in one place the rules which govern how consumers buy and businesses sell to them in the UK. The improvements... Read More » 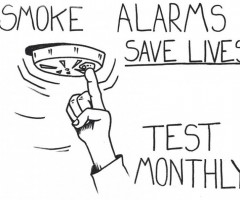 The Smoke and Carbon Monoxide Alarm (England) Regulations 2015 came into force on 1 October 2015. They require landlords of private residential properties in England to have at least one smoke alarm installed on every storey of their properties, and a carbon monoxide alarm in any room containing a solid fuel burning appliance. The House of Lords have expressed concern that the Regulations are not clear, and landlords have not been well informed of the changes. The regulations apply to... Read More » 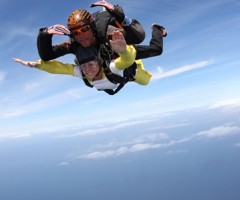 Jodie Vercoe, an apprentice in our accounts department, has raised an incredible £500.00 for Little Harbour in St Austell. Little Harbour is run by Children’s Hospice South West, and is conveniently situated for families who live in Cornwall and offers a place where each family member can find time and space to feel normal and do the things they enjoy, as a family. Jodie thinks that the work carried out by Little Harbour is brilliant and that doing a skydive offered a... Read More » 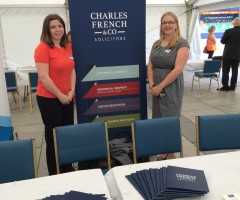 Holly King Head of our New Build Department and Claire Gummow Head of our Affordable Re-Sales Department attended the Plymouth Housing Event promoting Affordable Housing Options in Plymouth. Charles French & Co were one of three firms in the South West invited to attend the event and the only firm in Cornwall invited. This was a great opportunity for Local People to find out the Affordable Housing options that are open to them and at the same time speak with... Read More » 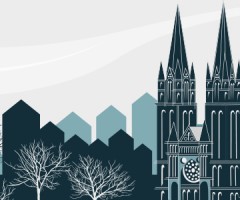 If you have failed to protect your tenant’s deposit you can be prevented from recovering possession. The Deregulation Act 2015 came into force on 26 March 2015 and makes important changes to the Housing Act 2004.  Importantly for landlords, it makes changes to the Tenancy Deposit Scheme and clarifies recent case law. Tenancies Arising Before 6 April 2007 Landlords who grant an assured shorthold tenancy (AST) on or after 6 April 2007 are required to comply with statutory requirements to:-... Read More » 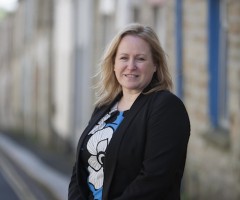 As the Cornwall property market shows signs of new growth, one of Cornwall’s larger law firms has had to recruit new staff to its conveyancing department. As house prices take a fresh upward trend and more first-time buyers are queuing to get on the housing ladder, conveyancing executive Kathy Carr has joined the residential property team at Charles French & Co in order for the firm to meet demand for legal conveyancing work. The government’s Help to Buy scheme is... Read More » 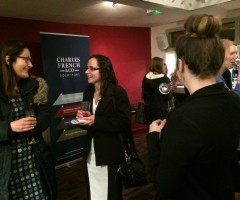 We are honoured to have helped sponsor the Women in Property (WiP) launch event on Thursday 12th February 2015 at Kazbar in Truro. The evening organised by the Association of Women in Property was a great success, providing members an opportunity to learn more about Women in Property. The event offered members a chance to bring along their clients and colleagues to network with like-mined individuals within the property and construction sectors over drinks. After a great evening of strengthening... Read More »

We are delighted to announce that Jane Stewart has joined the firm. Jane is a Chartered Legal Executive (FCILEX) with over 20 years’ residential conveyancing experience including dealing with sales

Our Truro office is looking for a range of secretaries, assistants and paralegals to join their busy residential conveyancing team. Please send your CV in confidence to Charles French at